Just inside the main doorway, on the left-hand-side is a lasting memorial to those who gave their life in the First World War (also known as the Great War).

Most of the names have been researched and the information gathered, is available as a 24 page document which can be downloaded further down this page.

In order to help anyone researching their family history, the list of names appearing on the memorial has also been added at the very bottom of this page so that search engines will index them.

The builder and stone mason of St. Margaret's War Memorial was ERNEST EDMONDS SAUNDERS
The architect was HENRY MUNRO CAUTLEY

We have a copy of a 24 page document which holds information for 109 of the 115 men honoured on the war memorial. Their place of birth and date if known has also been added as have their parents names where known. This information is held on the Commonwealth War Graves Commission website. 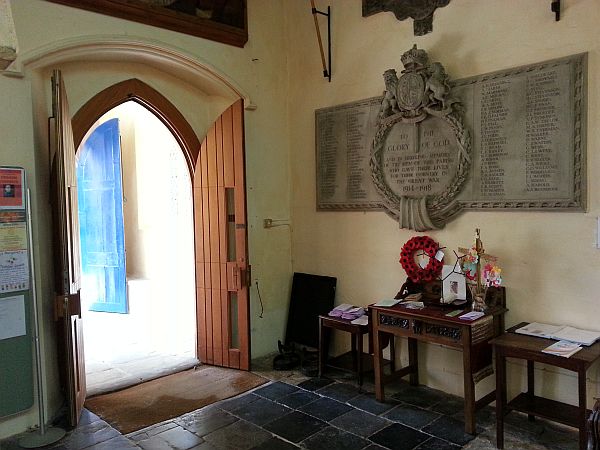